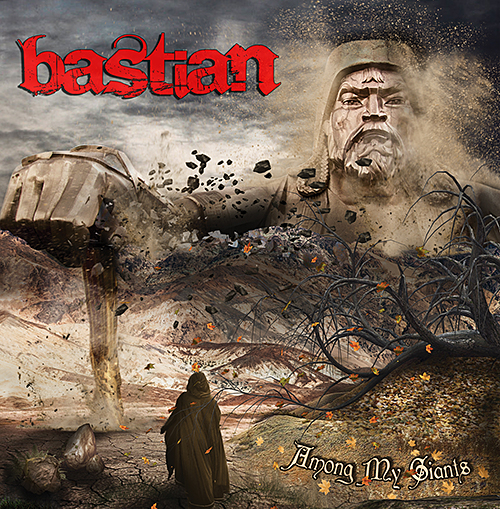 Underground Symphony is proud and exiting to announce that Bastian, Sicilian band led by the guitar player Sebastiano Conti, has just officially entered its roster.
The debut Album “Among The Giants”, will feature top class international players: Mark Bolas and Mark Vescera at the Voice, J.Macaluso, Vinny Appice and Thomas Lang at the drums.
This debut album will contain 14 songs based on a mix between Hard Rock and Classic, a metal sound influenced by old masters such as Led Zeppelin, Deep Purple and Black Sabbath, sometimes flirting with classic blues sound in Steve Ray Vaughan and Eric Clapton’s style.
The whole work is enhanced by the magic touch and the professionalism of Mark Boals and Mark Vescera.
This album will be available from February in a limited Digipack Edition. Graphic Artwork is conceived and realized by Jahn Carlini.