Underground Symphony is proud to announce the latest details about the debut album of  King Wraith, italian heavy / power metal band. Founded in 2014 by guitarist/singer Daniele Genugu, King Wraith is a pure and straight heavy/power metal band, in the likes of early 90’s Running Wild, Grave Digger and Blind Guardian, with heavy guitar riffing and an epic touch in vocals. The band is completed by Giorgio Novarino on Bass Guitar (formerly Bejelit) and Matteo Avanzo on Drums (Egart). “Of Secrets And Lore” will be available from November 15 and will be released in a digipak limited edition. Here’s the full tracklist and Artwork, designed by Andrea Guardino. 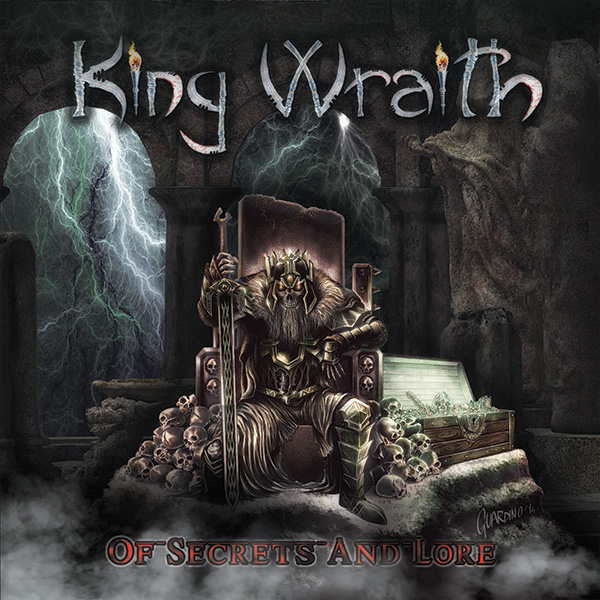