Sipario is a female fronted Italian Symphonic Power Metal band founded by Daniele Tari in 2007 to unify different kind of arts in a single great project.

In 2008, Sipario’s first EP – “Scenes from Oblivion” – got a positive review from Carlo Basile, the famous promotion manager for EMI/BMG in 80s-90s (Pink Floyd, Deep Purple, David Bowie…). It allowed the band to consolidate his presence on national and international broadcasters such as Radiophonica (Perugia – Italy), Radio Basile (Roma/USA), Radio Metal Storm (Connecticut – USA) and to be chosen by Quickstar Productions (Baltimora – USA) to represent Italy on the compilation “Rock 4 Life” with the song Morpheus.

In 2013, with a renewed lineup, the band published his second EP, “Screaming Against Oblivion” , mixed by Nicola Tranquillo and mastered at Gate Studio by Michael “Miro” Rodenberg and Sascha Paeth. The album got positive criticism: 4/5 stars rated on rateyourmusic.com. It became soon digitally and physically worldwide distributed and allowed the band to be the special guest of a two hour episode of the program “The Otherside” on Radio Prima Rete Stereo (Caserta – Italy) entirely dedicated to their emerging career. Besides from December 2013 the band was featured on Underground Metal Alliance.

2014 is the year of the first full-length titled “Oblivion – Dark Thorns”. The album, based on the novel “Oblivion” from the book “Primavera di Aithea” (2009), written by Daniele Tari, has been mixed by Sandro Iovanella at “Sound.Lab”, mastered at “Gate Studio” and featured a cover art painted by Raphaёl Lacoste, the Senior Art Director for Ubisoft/Electronic Arts Montreal (Prince of Persia, Assassin’s Creed Franchise).

In 2016, Sipario signed a deal with the famous Italian metal label “Underground Symphony” for the release of the second full-length “Eclipse of Sorrow”, a sci-fi concept album telling the story of a family disrupted by tragic events in a post-apocalyptic future, featuring a cover art by Pierre-Alain D. 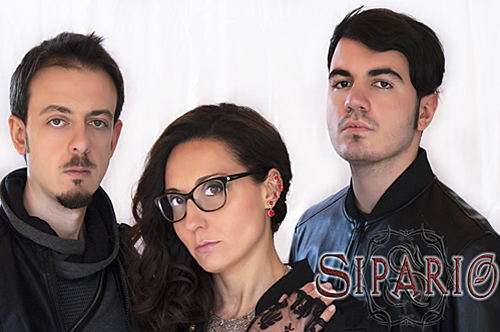 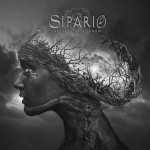