Final Chapter – Legions of the Sun 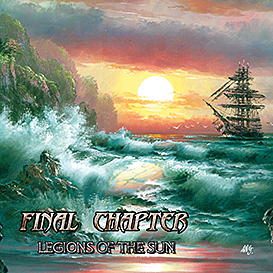 The second album of the German band Final Chapter “Legions Of The Sun”, after the success of the debut “The WizardQueen”, published in 2004.

The line-up is composed by the leader and keyboard player Andreas M. Wimmer, the vocalist Oliver Strasser, the guitar player Michael Brettner and the drummer Michael Stein. “Legions of The Sun ” is a 8 tracks power metal made in Germany, with symphonic arrangements and it will be available in January 2016, released in a limited edition in digipak packaging.