Mindfar – Prophet of the Astral Gods 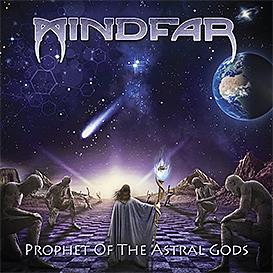 The metal opera led by the composer Armando De Angelis is back with a new work, after the debut “THE DARK TOWER” in 2017 and the single “THE SHADOW OUT OF TIME” in 2019.
An original story between sci-fi and historical fiction about the evolution of humanity, once again with an amazing international cast of vocalists:

The album has been mixed by Daniele Mandelli at elfo studio and mastered by Simone Mularoni at Domination Studio.